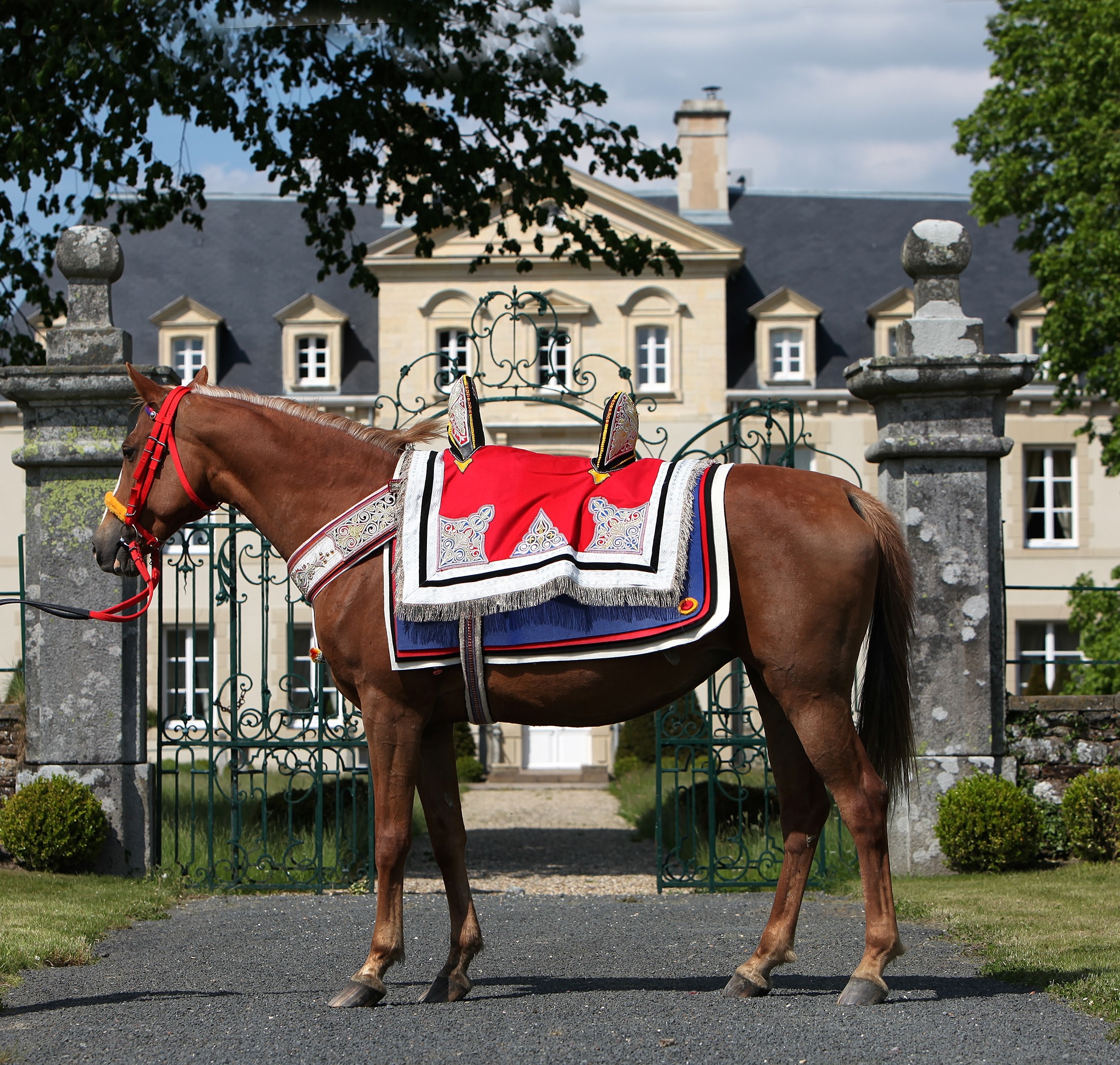 Qardabiyah is close to Abu Hadi in Sirte, the home town of my family and tribe, its a place where a major battle between the Italian occupation and Libyans freedom fighters took place, and where horsemen had played an important role in the victory, thus I had the idea of naming my stud to honor that battle and the martyrs that fell down including member of my family.

Below is a brief description about Al Qardabiyah battle or Ghordabiyah as some name it.

Gen.Rodolfo Graziani wrote in the first chapter of his book “Towards Fezzan”: aggression of rebels was constantly increasing after leaving Fezzan and Jufrah, thus its impact was also expanding in the western region, and as a demand to suppress the revolution, which evidence indicated that its scope will expand rapidly, the government decided to do two important warship operations, both in the Qibla region, an in Sirte, but the first failed in the battle that took place in the valley of Marseett on April 7, and the second was ended up  painfully in Abu Hadi Palace on April 29 ……. End quote.

After the defeat of Colonel Miani in his campaign to Fezzan and the fall of Sabha and Murzuq in the hands of the mujahedeen in November and December 1914, the Italians wont return to the Fezzan and re-occupy it until the re-colonization of Libya which was led by Gen.Graziani in the twenties, and thus the center area in Libya mainly Sirte was a center for gathering of Mujahedeen forces, to the proximity of the western, south and east regions, and these forces are that contributed to the defeat of Colonel Miani in Fezzan , and so it has become essential for the leadership of the Italian forces to restore the ego of one of its men and prepare for a campaign  towards Sirte for controlling the ascending revolution and also to revenge to Col. Miani wounded dignity , and at the same time to open the way for the re-occupation of Fezzan. Thus the campaign started towards Al Qardabiyah in Qasr Abu Hadi.

The campaign forces headed at the beginning of April 1915 from Misurata, and was estimated at more than six thousand armed troops, including 250 horsemen, in addition to artillery, ammunition, and supply convoys, and it was made up of Italians and Eritreans and Libyans that Italians recruited by force and some Libyan betrayers.

Forces launched from bases in a Alkaddahiya area on April 24,1915 until they reached Al Qardabiyah, where there were Mujahedeen forces which was estimated at about 1,500 fighters, and as soon as the Italian troops reached the place the Mujahedeen attacked them on April 29, 1915, they directed pressure on the left wing where allied Italian fighters from Misulatah and Tarhuna where present, soon these fighters joined immediately the Mujahedeen, after it was followed by Misurata troops which also joined the Mujahedeen and attacked  the Italian convoy . Italians had a crushing defeat and a serious loss, and the Mujahedeen gained majority of weapons and war materiel, and Colonel Miani mission ended on the stage of the colonial and military actions.

The battle Al Qardabiyah is a land mark in the Libyan jihad against the Italian occupation, and its also known as the battle of national unity, the battle of all Libyans, with the participation of all the people of Libya from the west and the east and south, and even though its not the greatest battle in the history of jihad in number or size, but it was one of the greatest battles in terms of the impact on the Italian occupation and which lead to huge consequences on the occupation. Al Qardabiyah battle forced the Italian colonialism to withdraw and stay trapped in specific coastal points for more than seven years.

By the afternoon the Italians remnants were dismembered, and resorted to the city of Sirte, where the city witnessed retaliatory massacres lasted three days.

Once the injured Col. Miani arrived to Sirte, he disarmed all the Libyan inventory and held a military council and a issued a death sentence nearly to all of the residents including, children, women and elderly of Libyans who have taken refuge in Sirte and several dignitaries of tribes, and killed about other seven hundred citizens, and issued an order to kill the public, soldiers started killing people in the streets and inside the houses, it was a terrible sight, and they sent to Rome about a thousand prisoner mainly from survivors  and the porters whom they rented their camels in the campaign.

After Al Qardabiyah battle revolution erupted in a lot of areas including west mountain region, Bani Walid, Tarhuna, and Italian troops in Nalut and Ghadames fled to Tunisia, the Italian occupation was then limited in Tripoli and Al Khums in the western region, while in the eastern region it was in Benghazi, Maraj, Shahat, Derna, Tobruk, Soussa and Talmitah, and during this period no major battles took place that may lead to radical changes, and it confined the Italian presence in these areas until the start of military operations to reoccupy Libya .

Gen. Graziani describes the period between 1919 and 1922 as a period of humiliation, where Italy was forced to confess to a kind of self-governance to the Libyans it was the Constitution and the rule of the Parliament of the Principality of Senusi in Bergah in eastern region, and the other is the Parliament of the Republic of Tripoli in the western region.